The events of early spring 2014 in Ukraine are the starting point for this video project. Different video sequences will be presented on four screens that are varying in style and duration.
All are taken shortly after the occupation of Crimea by russian soldiers and the following Crimea-referendum in March 2014.

The sequences shows men who see themselves as fighters of the maydan movement. While standing in front of the camera they enjoy the situation of being filmed and present themselves in many ways handling with the crisis. Consciously and unconsciously, thereby they use different role models of men.
For instance, one can follow two men in what appears to be a guided tour through the main square in Kiev, the Maydan, the „Battlefield“. In front of the tents there is a conversation about the unofficial alcohol ban on the Maydan.
Next scene is inside a forest, at the gates of Kiev, a fireplace becomes the place where the thoughts, opinions of a fighter and a female musician meet.
Moreover in a last scene, in the occupied city hall of Kiev, one guy is speaking about burning cameras as the best way to get rid of prohibited filming. Especially the last scene reflects the own limits of this cineastic approach of the events on the Maydan.

The spectator will experience this as well through the arrangement of the monitors in the exhibition space, which follows an geographic order of the shooting points. A total picture of the work is not possible to achieve from one single point and thus, to fully discover the work the spectator is required to change his position. 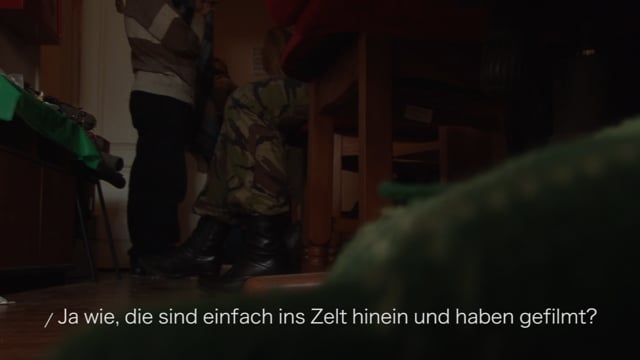 In the occupied city Hall 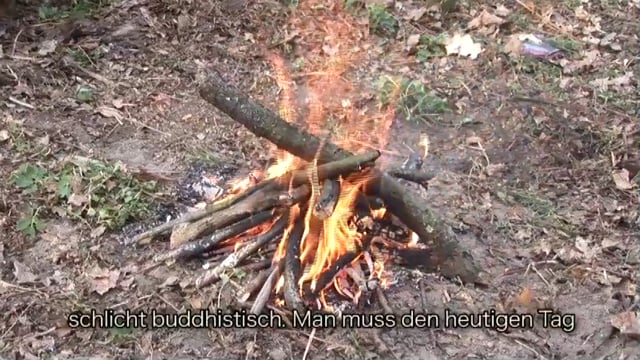 At a Fireplace not far away from Kyjiv 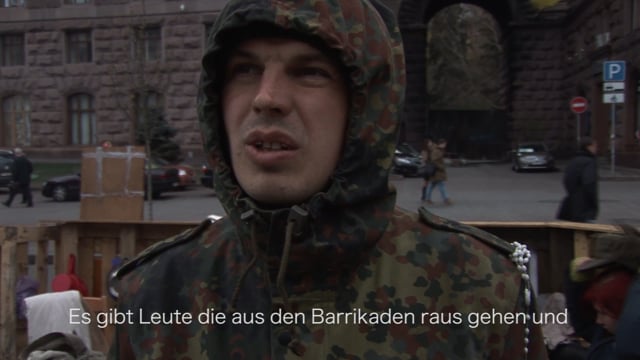 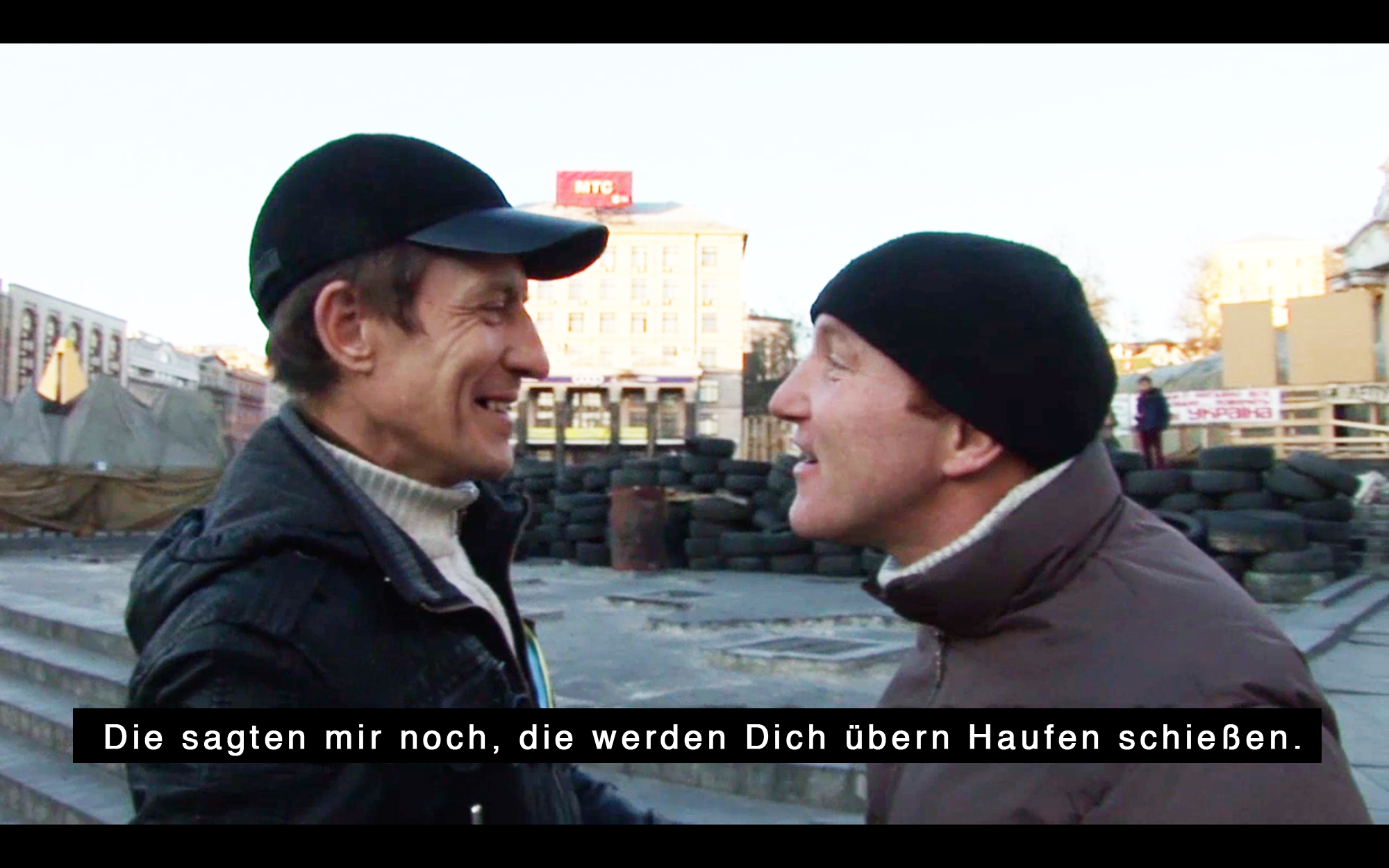